How ants could inspire a new generation of antibiotics 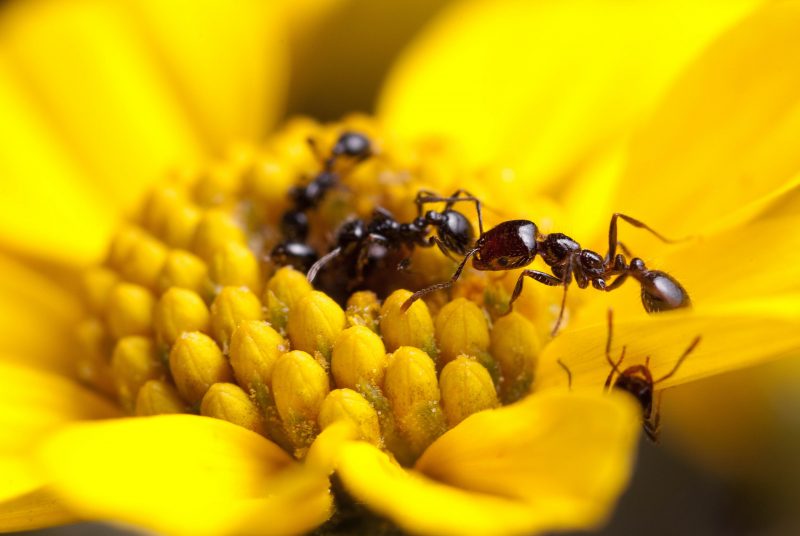 Foragers of the desert fire ant, Solenopsis xyloni, collecting nectar from a desert brittle bush flower in Arizona. The study by Penick et al. found that ants in this genus produce some of the strongest antimicrobials measured in social insects. But contrary to popular thought, not all ants invest in potent antimicrobials and have likely discovered alternative strategies to control pathogens in their colonies.

Ants, like humans, deal with disease. To deal with the bacteria that cause some of these diseases, some ants produce their own antibiotics. A new study led by the Biomimicry Center’s Clint Penick identified some ant species that make use of powerful antimicrobial agents, but found that 40 percent of ant species tested didn’t appear to produce antibiotics. The study has applications regarding the search for new antibiotics that can be used in humans.

News coverage about the study can be found here.